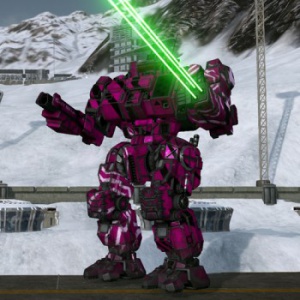 One of the things MechWarrior Online developer, Pirahna Games, has been doing with some consistency is maintaining a stringent schedule of regular updates and patches to help gradually improve the game's experience on its way to a full-fledged launch. The newest update, however, won't just bring minor fixes and adjustments to the game, but rather will be adding in new command features to help craft a more tactical experience.

"[Tomorrow's] patch is really exciting because we bring into the game for the first time the concept of a Lance Command and the ability to join different lances. This is a huge feature," said Elkman. "When you first look at it, it may not seem like a big one but from a tactical point of view and from a UI point of view it was a big undertaking for us."

Lances in MechWarrior are small squads of four mechs with one player serving as a commander. Previously, MechWarrior Online had allowed for only one commander per side. This new patch will give players and teams more options as to how they organize and fight in battle. "Now you can have up to three commanders per side, each in control of their own Lance," Elkman continued. "That comes with some nice UI elements where you can see the health status and the location of members inside of your lance so it really gives definitely the core guys who love to group together in eight man teams the ability to further control their different units and separate off and have different commanders for each lance."

The new patch will also introduce the Host Stay Rewind feature, designed to help players with fast connections better utilize their high ping. "When they shoot, it actually rewinds the game based on their ping to where the player would have been so that high ping players actually score hits," described Elkman. "It makes their experience very similar to a low ping player, which is nice. We've done some backend optimizations that help with performance, we fixed some matchmaking bugs so there should be a more accurate ELO score for players."