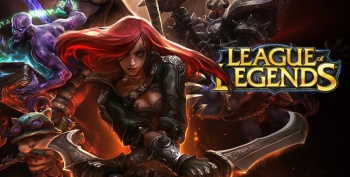 For just 2,600 Riot Points (about $20 USD) you can transfer a summoner between European and North American servers.

League of Legends, unlike many other MOBA-style games like Heroes of Newerth and DoTA, has a persistent summoner leveling system. This means that your summoner levels up just like in an RPG, and each level gives you access to more powerful runes and masteries, which can effect the stats of the champion you control in-game. Many players have also accrued a whole collection of champions and skins on their account, so the prospect of starting from scratch on a new server is a daunting one. To ease the minds of those thinking of transferring, Riot has now opened paid server transfers between European and North American servers, costing 2,600 Riot Points (about $20 USD) for a one-way ticket.

European players who joined the North American server prior to June 1st 2010 and weren't able to move to the European platform when it opened will receive a free transfer token. However, Riot are being quite a stickler to the rules for this free transfer, claiming that the majority of your games must have been played from a European IP to be eligible. You can purchase the transfer token from the "others" section of the in-game store, but be warned, transferring your summoner is a one-way non-refundable process! If you make a mistake, you'll have to cough up another $20 to transfer back.

Transferred players will keep their name wherever possible, and will retain level, champions, skins, runes, extra rune pages, summoner icons, IP, remaining RP, hidden MMR, and games played. If your summoner name or username is not available on the server you would like to transfer to, then you will be prompted to create a new summoner name/username when you attempt to submit your transfer.

Your stats, MMR, rune and mastery presets, honor score, previous and unused referrals, justice review rating, and friends list will be lost in the transfer.

The transfer should be instantaneous, although Riot warns that players transferring on patch day will have to wait until both the source and destination servers are finished patching for the transfer to go through. This is good news for Australian League of Legends players who were worried about having to start from scratch when the new Australian servers launch, as we can probably look forward to the same kind of free transfer deal Riot extended to European players who joined the North American server prior to June 1st 2010.