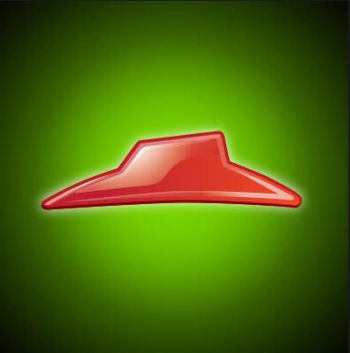 Microsoft's invested massively in Xbox Live, and needs to make money. So, who ordered Italian sausage and mushroom?

"We're always looking at ways to give our audience more of what they're interested in," says Larry Hyrb, aka Xbox Live's Major Nelson. "If you look at our audience, they love pizza. I mean, who doesn't?" Which is why, you may be pleased to hear, there's a new app due for Xbox Live April 23rd: the Pizza Hut app. You'll be able to access the Hut's entire menu online, choose toppings and place orders via Kinect, voice commands or the controller, pay for it, and then just wait for it to turn up on your doorstep. You'll even be able to share your choice of pizza with your friends via Facebook social media. Local deals are integrated into the system, so there's no risk of missing out on the latest promotion.

"The app was a logical progression," says Major Nelson. Pizza Hut's been experimenting with mobile apps for a while now; to the pizza behemoth, Xbox Live is just another platform. To Microsoft, Xbox Live is the service it's made a massive investment in, and it needs content. Major Nelson admits Xbox Live has to generate the right content to compliment its online platform. "It's about what's right for the living room space," says Major Nelson, and Microsoft is confident that pizzas, bread sticks, buffalo wings and all the rest are exactly right.

From launch straight through to May 6th, those Xbox users who download and order through the app will get 15% off their first purchase. So far, this service is a US roll-out; no word on its availability elsewhere, yet.