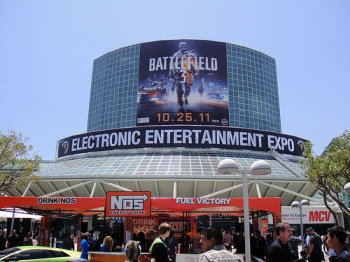 After almost two decades of E3 press conferences, Nintendo is going to sit this next one out.

E3 is kind of a big deal. As one of the biggest video game events of the year, every publisher that can afford it usually puts together some sort of flashy presentation to wow fans and investors. The Big Three console producers are generally chief among these grand press conferences, but this year, that trio's down to two. In Nintendo's latest financial briefing, company president Satoru Iwata outlined Nintendo's "new presentation style" - which does not include a traditional E3 conference.

The decision was made as part of a new strategy for getting the right information to the people who care about it. Traditional E3 press conferences are massive undertakings, catering to fans, the press, investors, and business partners of the company. Putting together an appropriate presentation to suit the needs of all these groups is admittedly challenging. The typical Nintendo fan isn't terribly interested in sales reports, but industry analysts won't be happy if the conference sticks to promotional material for upcoming releases. Nintendo's solution is to avoid trying to satisfy every interest at once, and instead split their efforts into a number of smaller presentations.

Nintendo's presence at this year's E3 will include several events focused on showing off its upcoming software lineup, with plenty of details on this year's upcoming Wii U releases. One closed event will cater to American distributors, while another one gives the Western gaming media some hands-on time with Nintendo's newest software. Meanwhile, information will be coming to Nintendo's audience via more straightforward channels, such as Nintendo Direct.

The change makes sense on multiple levels - Iwata's logic is sound, but I wouldn't be surprised if this had something to do with Nintendo's recent financial woes. Large-scale press conferences of the E3 variety don't come cheap, and it's possible that the company doesn't think the loss of mainstream media attention will hurt them much. Alternate avenues like Nintendo Direct provide a solid way to continue hosting presentations at a much lower cost.

This year's E3 will be held at the Los Angeles Convention Center on June 11-13. Even without a traditional conference, expect some big news from all major players in the industry - Nintendo included.