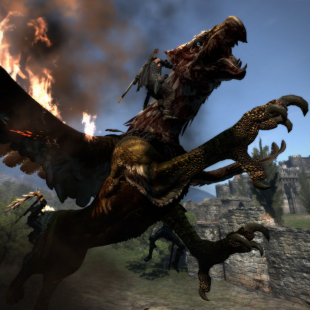 Capcom is urging players to back up their save files as its latest update has reportedly corrupted several player's data.

Once primarily a concern for PC gaming, patches and updates, have become a staple of modern videogames across the spectrum of platforms and hardware. It's not uncommon for games to launch with updates already available. They've become so common that many barely notice them outside of when they fix a major issue or, conversely, cause one themselves.

A recent title update for Dragon's Dogma and its expansion, Dragon's Dogma: Dark Arisen, would seem to fall into the latter category. The latest patch has apparently been corrupting player's save data, making it impossible for affected persons to save or load their games. If your data is corrupted there is currently no way to recover it. You'll need to start from scratch, a potentially devastating consequence for veteran players with dozens of hours invested into the game.

Capcom has suggested players take several precautions while it fixes the issue. "To prevent the possibility of permanent loss of your data, please copy your existing save data (whether it be DD or DDDA) to an external storage device or cloud whenever possible--especially if you are picking up the game for the first time in awhile or switching over to Dark Arisen for the first time." If players suffer repeated file corruptions Capcom has suggested they temporarily play offline. "Please try playing the game offline while we investigate the issue. We're exploring the issue currently and hope to have a solution as quickly as possible."

While assumedly temporary, this is still a fairly big inconvenience for fans. While Dragon's Dogma can be enjoyed offline, prominent mechanics like the ability to share and rent support characters require an internet connection. Granted, going without a few features is definitely less burdensome that having to start over from scratch. Still, here's hoping Capcom resolves the issue quickly.