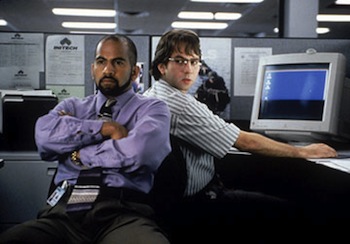 It all started out with coders joking around on April Fools day about using their company's server software to crank out Bitcoins. E-Sports Entertainment makes competitive server software for games like Counter-Strike and League of Legends, so the idea of putting all that hardware to use was an interesting one. After mocking up some code, they tested it for 48 hours on two servers and shut it down. According to the ESEA, one of the original coders decided to keep things going and pocket the cash. Two weeks later, the code showed up again, only this time running on all 500 ESEA servers. While the original experiment resulted in only 2 Bitcoins, this new code cranked out 29 Bitcoins. Using current exchange rates, that equates to around $3,713.55 US dollars.

As an open-source currency, Bitcoin mining works by cranking though a really complex algorithm, something that modern graphics cards are rather well suited for. This rogue code essentially kept the cards constantly running on full tilt. ESEA forums are rife with customers complaining about cards running as hot as 90 degrees celsius, creating graphical glitches and even burning out equipment.

The good news is that ESEA seems to be taking all the blame right on the chin. Eric Thunberg, one of the admins, said "as the person who is ultimately responsible for everything it's 100% my fault." All affected customers are receiving a free month of premium service. The code dumped the coins into multiple wallets, which the ESEA is making public. In addition, they're donating all $3,713.55 to American Cancer Society, as well as matching 100% of donations, up to twice the mined amount. They'll also be increasing the pot of their next tournament by the same amount.