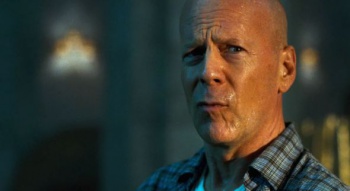 John McClane is set to have his sixth "unluckiest day ever," this time in the Yakuza-laden land of the rising sun, tentatively titled "Die Hardest".

Die Hard is a movie franchise that is ironically having quite a hard time dying. Despite mediocre reviews, Die Hard 5 or A Good Day to Die Hard pulled in an impressive $300 million worldwide, showing that old man Willis (now 58 years old) still has what it takes (or more accurately, people like watching gunfights and explosions). Cinema Today has revealed that a sixth movie, tentatively titled "Die Hardest" will see Willis, as leading man John McClane, travel across the pacific to Tokyo.

Die Hard 6 will start off in New York City, but will then see the McClane family travel to Tokyo, where they will quickly get caught up in the Yakuza or Samurai or Ninjas or something like that. It's good to see that McClane's "attract terrorists" superpowers work outside of the US. Earlier this year, it was revealed that Hugh Jackman's The Wolverine would also be set in Japan.

Japanese movie fans took to the forums to discuss the possibilities of the upcoming movie.

The last comment in particular, that the Die Hardest subtitle suggests that this will be the last in the series, would be a welcome relief to fans of the original movies that have already had to experience two cringe-worthy sequels.