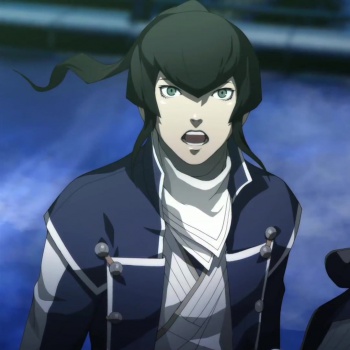 With the exception of Chrono Trigger and Earthbound, I've never seen a JRPG series appeal to non-JRPG fans quite as much as the Shin Megami Tensei series and its spinoffs. While JRPGs tend to be about rather predictable fantasy lands, SMT has, at its core, always been about people and the ethical challenges they face, and perhaps it's that authenticity that draws in players not heavily invested in the genre. That and the games do tend to be almost supernaturally addictive.

Talking to Famitsu, Yamai laid out his plans for the upcoming fourth numbered installment in the series.

"I definitely something simple, yet distinct," he said. "I wanted to make something with a 'punk production'. 20 years ago, fantasy-style RPGs were the standard of the genre. Shin Megami Tensei on the Super Famicom was something like an antithesis when you compared it. That's what I call 'punk-minded'. There are many games these days that focus on being enjoyable while relaxing. We'd like to have people enjoy the game and maybe even a shocking feeling towards their views on life and values."

While JRPGs can be exciting, they do tend to be quite morally simplistic, with clearly defined heroes who, almost inevitably, triumph over the equally obvious villains. SMT has never been quite as straight cut. Nocturne, in particular, is one of the most challenging games I've played, and not just from a gameplay perspective (though it is hard as nails too).

The desire to unsettle the player also extends to the SMT IV's art and sound direction.

"I told him [Doi] to draw something with a punk mindset. Kozuka, too," he said, referring to Trauma Center artist, Masayki Doi and Persona 4 composer, Routa Kozuka. "I told them, "When players get to see and hear the game, I'd like to have elements that will bring out a feeling of curiosity, rather than relaxation."

Shin Megami Tensei IV will be released on 3DS this July 16th in North America. A European release is apparently going to happen at some point, but there's no concrete date yet. In your face, France.