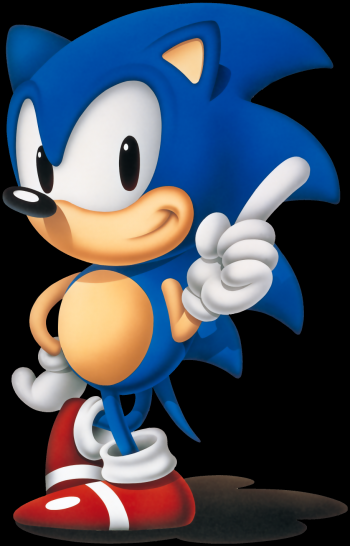 If you'd read the above headline to me circa sixth grade, I would have begun to vibrate violently until my head just popped off like an over-ripe dandelion. Sega and Nintendo joining forces? That's unpossible! And yet, with Nintendo's fortunes waning a bit, the company has turned to its long-time rival to secure a deal that will see Sonic the Hedgehog racing exclusively through Nintendo's hardware.

This agreement was laid out earlier today as part of this morning's Nintendo Direct presentation. According to that event, the first two titles covered by this deal will be Sonic: Lost World (I guess that answer yesterday's question), and Mario And Sonic At The Sochi 2014 Olympic Games. We know very little about the former, but the latter game is, as you'd expect, an attempt to capitalize on the impending Olympics in Sochi, Russia. If it follows the same design concepts seen in Mario And Sonic At The Olympic Games, you should expect to see scads of minigames which rely heavily on button-mashing and precise timing to approximate events like archery and pole vaulting.

These two titles (along with a third, as-yet-unannounced game) will appear exclusively on the Wii U and 3DS handheld, though when that might happen remains a mystery.

There you have it: We now exist in a world where Sonic the Hedgehog is a Nintendo exclusive. Nothing will ever be the same.