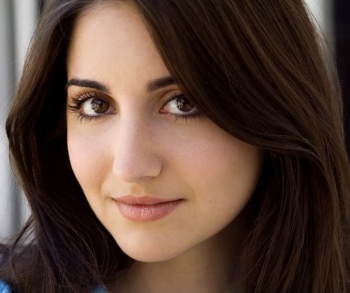 When Man of Steel hits theaters, you'll recognize a number of familiar comic book characters, but you may not be quite as quick to notice a key member of the cast who is suddenly an attractive woman.

In Superman continuity there are a few constants: Clark Kent is Superman's secret identity, Lois Lane is his love interest, and Jimmy Olsen is his best pal. That's how it's always been. It's just accepted as a cornerstone of the DC Comics universe. However, the upcoming film adaptation Man of Steel seems to be switching things up a bit, as Jimmy has been replaced by Jenny Olsen.

According to Screen Crush, Ms. Olsen is not a mere gender-swapped analogue for her comic book inspiration, but is instead described as his sister. As Screen Crush points out, the character (played by actress Rebecca Buller), should assume Jimmy's position in the film however, meaning that while the people behind the film would like her to be remembered as an entirely new female character, realistically (and as far as fans are concerned), it's simplest to just imagine her as a gender swap.

How will this affect the plot of Man of Steel? That remains to be seen, but if we had to guess we'd likely say that it won't. Honestly, we aren't sure why the people behind Man of Steel opted to turn Olsen into a lady, as any key plot points hinging on her new gender are likely to alienate long-time fans of the character's comic book persona. On the flipside, if Olsen's nascent femininity is not directly addressed in the film's story, we're having trouble imagining why this change was instituted in the first place, beyond the film's creators wanting to do something unique with a fictional character many people know quite well.

Sadly, we aren't likely to get any solid answers on this topic until the movie hits theaters. Hopefully all will be revealed when Man of Steel debuts on June 14.