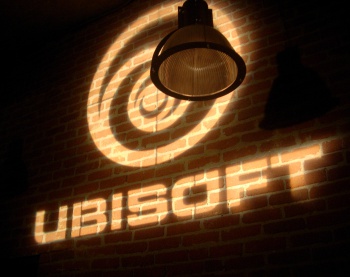 With other publishers and developers expressing doubts about the console's viability, Ubisoft is continuing its efforts on the Wii U.

There have been some rough moments for Nintendo and the Wii U over the past few weeks. With sales continuing to inch slower than Nintendo had expected, some developers and publishers have expressed their lack of willingness to work on the console until its user base expands. Perhaps most troublesome has been the news that Electronic Arts, an early supporter of the Wii U, has, for the moment at least, shied away from continued development on the console.

It's not all bad news for Nintendo's ailing console, however. Ubisoft, another early supporter of the Wii U, has affirmed its faith in the system along with its intention to continue supporting it. "As with any new console, it takes some time to grow an established base," said an Ubisoft spokesperson. "Ubisoft has a varied and high-quality line-up for Wii U, with more big titles on the way including Rayman Legends, Watch Dogs, Assassin's Creed IV Black Flag and Splinter Cell Blacklist. We're confident that this will help in continuing to attract gamers to the Wii U system and that Nintendo will take steps to ensure that the Wii U is successful in the market."

While Ubisoft might be stalwart in its support of the Wii U, it also hasn't been shy about offering constructive criticism in the past. In March of 2013, Ubisoft executive director Alain Corre expressed his desire for the Wii U's price to drop. Regardless of whether the Wii U's price tag changes however, the publisher already has future plans for the console. In addition to its multiplatform titles, rumors have indicated Ubisoft might already be working on a sequel to the Wii U exclusive ZombiU. Even if these rumors never come to fruition, Nintendo can find some solace in the fact that Ubisoft seems committed to its Wii U efforts, even as others are jumping ship.