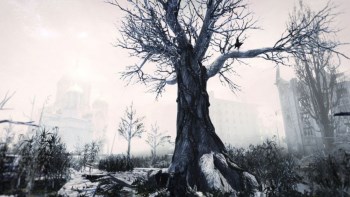 A "season pass" for four pieces of future Metro: Last Light downloadable content has turned up on Steam.

If you just can't get enough Metro: Last Light, the shooter set in the post-apocalyptic hell of the Moscow Metro, then Deep Silver has an offer you may not be able to refuse. Revealed today on Steam, the Metro: Last Light Season Pass offers four pieces of future DLC for $14.99, a savings of some indeterminate amount (one would assume) over buying each of them separately.

The Season Pass will include the Faction Pack, the Tower Pack, the Developer Pack and the Chronicles Pack, as well as a new weapon, the Abzats, which will be given exclusively to Season Pass buyers. What's in each of these packs, and what exactly an Abzats is, hasn't been revealed, but Deep Silver Community Manager Maurice Tan tweeted earlier today that the publisher is "detailing it tomorrow."

Until then, it's impossible to say whether this season pass will be worth the price of admission; $15 isn't a lot of money these days but unless at least one of these packs adds something of substance, I'm not really seeing a hook: My perspective may not be universal but I don't see Metro as the kind of game that will attract DLC dollars for a few new guns and other peripheral content. We'll see how it goes tomorrow; in the meantime, if you're already sold you can pony up for your pass on Steam.

Thanks to Charcharo for the tip.