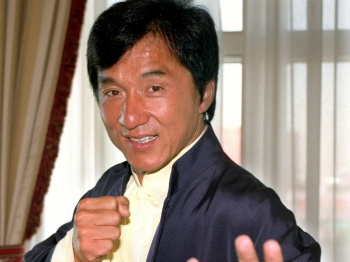 If there's any one element lacking from Robert Downey Jr.'s performance in the Iron Man film franchise, it's definitely kung fu.

Straight up, Jackie Chan is a living legend. If you've seen any of his films, you're well aware of how agile, athletic and fearless Chan is, but simply punching thugs in elaborately choreographed fashion just isn't enough for the action star anymore. These days he wants to get into the superhero business.

"I really want to play Iron Man but I don't think the audiences want to see me as Iron Man" Chan told IGN. "Anyway, nobody pays me big money to make this kind of movie. I love Iron Man and this kind of movie, but no one hires me. Fools!"

Wait a tick, didn't Jackie Chan retire from making action movies a few years back? If I recall correctly, at one point he claimed that the film Chinese Zodiac would be his last action star role. Wouldn't that conflict with his Iron Man aspirations? Yes, and no. According to Chan, he was misinterpreted. "I didn't say I retired, what I said when I was making Chinese Zodiac was that it would be my last big action movie and obviously that turned out not to be true," he says.

While Chan obviously has affection for the character, that's not the only reason he'd like to be cast in a big-budget Marvel Studios superhero flick. According to Chan, it's also an effort to take on roles that are more suited to a man of his age. "No one wants to pay me the big money to play in sci-fi movies," Chan states. "Everyone wants to see me do action. But I have to tell my audience, sometimes I might use a stunt double now, you might see some green screen, forgive me because I'm not young anymore."

Given that Chan is pushing 60, that seems pretty reasonable. Even at that age he could likely punch you six times, then kick you into a conveniently-placed dumpster before you even knew what happened, but at some point Chan will have to stop performing his legendary stunt work. Relying on the kinds of CGI technology employed by Marvel's films seems like a great way to maintain his star power while preventing his elderly bones from bursting into clouds of dust.

Of course, the obvious, most important question is, "Would you want to see Jackie Chan as Iron Man?"