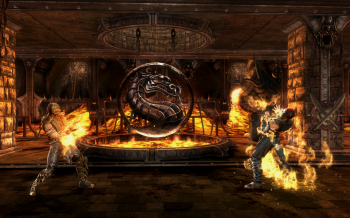 Warner Bros. have confirmed via press release that the R-rated fighter will be released on Steam on July 3.

Earlier in the week, Steam database dataminers discovered data pointing to a July 3 release of the PC edition of Warner Brothers' goretastic fighter Mortal Kombat: Complete Edition. The database again proves its infalability, as Warner Bros. have just announced via press release that this date is indeed correct, and the game will see release on the Steam platform on July 3.

If you'd rather have a shiny new collectable boxed copy, i'm afraid you'll have to wait a little bit longer, as the retail version of the game won't arrive until August 2. It isn't clear whether or not the retail version will require registration on Steam to play (although it seems likely).

The PC port is being handled by High Voltage Software. If you're not fond of playing fighting games on a keyboard (because honestly, who is?) the game will support any kind of controller you can plug into your PC, including Xbox 360 controllers and the official Mortal Kombat Tournament Edition fight-stick.

The edition was previously released on consoles back in February of 2012, which means we've had to wait over a year for a PC release. Is there even a market for this game anymore? I have a few friends in the fighting game community and Mortal Kombat doesn't even register on the radar these days, so I'm not quite sure what Warner Bros. are expecting with a PC release.