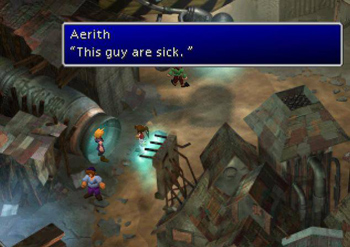 Like many publishers, Square Enix is selling a ton of games, yet not making any money. Earlier this month, the Final Fantasy developer and publisher revealed it had lost nearly $135 million in 2012, despite a 15.7% net increase in game sales. In a bid to stave off financial disaster - or, at least, a bigger financial disaster - the publisher has announced a three-pronged plan intended to boost sales and cut costs. So, what are those prongs? Well, the publisher is looking to appeal to the growing "mid-core" market with more "console-like" games for mobiles, trying to increase customer awareness by giving gamers a bigger say in a game's development and, finally, it's going to stop chasing those elusive worldwide megahits.

Essentially, Square Enix has been approaching its big-budget games as if they're guaranteed to sell in every market. You can judge for yourself how well that has been working from a financial standpoint.

"We created our budgets on the basis that our games would be sold worldwide," said soon-to-be Square Enix president, Yosuke Matsuda. "We had not given much consideration of the regionality of each market, and had focused more on how to sell the major titles globally; however, titles fitting this method are limited."

"As the sheer amount of and diversification of game and entertainment products is increasing, I believe it is difficult to move forward on the assumption that many products can cover the tastes of the entire world, and sell across the entire world," he continued.

Many believe that Japanese developers trying to "westernize" their games in pursuit of larger profits are missing the point; That the unique, Japanese flavor is what attracted gamers to these games in the first place. If Matsuda is suggesting a system in which Japanese games are free to be Japanese rather than pale imitations of Western titles, that sounds great.

Of course, this could also mean that Square Enix might be considering scaling back its already spotty localization efforts. Foreign games don't sell particularly well in Japan (foreign consoles even less so) and, despite a very vocal fanbase, JRPGs that don't have the words Fantasy, Final, Quest or Dragon on their covers rarely end up shifting millions of units in the west. Hopefully, Square Enix's new direction includes more measured localization efforts rather than none whatsoever.