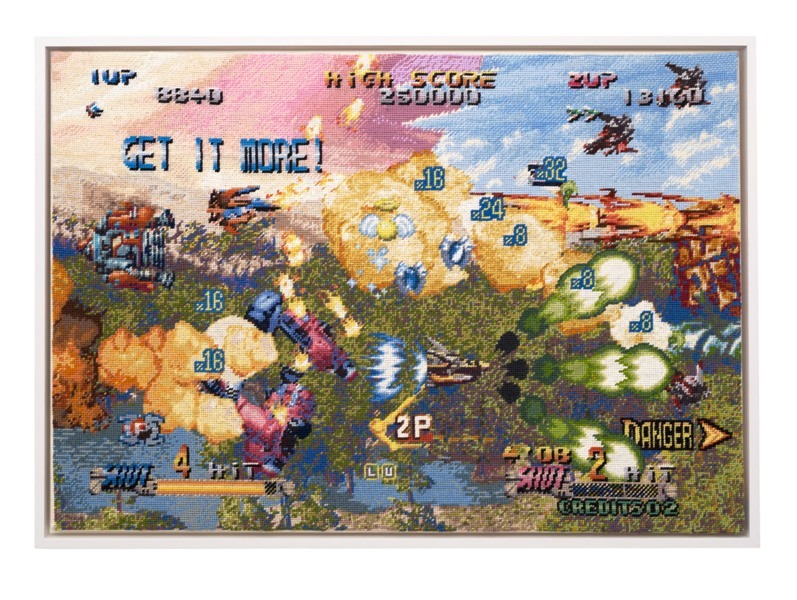 Swedish Artist Per Fhager and his recreations of pixel art in wool is taking the internet by storm.

No, you are not looking at a screenshot of classic Neo-Geo side-scrolling shooter Blazing Star. What you are looking at is a recreation of the horrendously cluttered game made painstakingly out of wool. Swedish artist Per Fhager has been taking the internet by storm as of late, with his recreations of classic video game scenes as embroideries.

Scenes from Super Mario Bros. 2, The Legend of Zelda and Super Mario World are brought into the world of wool, as are some intricately detailed works on slightly more obscure games such as Pop'n TwinBee and Seiken Densetsu III. I wonder if Fhager sees the irony in a wool recreation of Kirby's Dreamland, considering the release of Kirby's Epic Yarn not too long ago.

While making an embroidery of character art or a montage of their favorite parts of the game is pretty cool, you have to admire the dedication and attention to detail it takes to recreate screenshots pixel-for-pixel. Especially for games as busy as those old-school shoot-em-ups.

Check out the full gallery bellow. It humbles me to see that Fhager can make such magic out of just some needles and wool, while I can barley re-attach a loose button to my shirt.

Source: Per Fhager via Rocket News 24