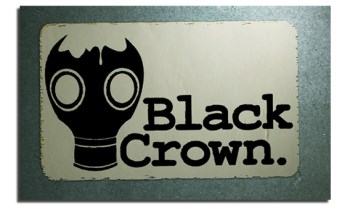 Black Crown is a new free-to-play "narrative gaming experience" with some rather strong echoes of a Fallen favorite.

If words are your huckleberry - lots and lots of words - then Black Crown is probably the kind of thing that'll gobble up a good chunk of your lunch hour. Random House U.K.'s first venture into gaming invests players as clerks in the very odd Widsmith Institute, a place that exists in a world both like, and very much unlike, our own. The plan is to keep the narrative "organic," with new content added in stages after the month-long debut stage.

"Black Crown represents Random House's ambition to push the boundaries in online storytelling, experiment with new business models and launch a debut author in a groundbreaking way," Dan Franklin of Random House said. That debut writer is Rob Sherman, who Franklin described as "a superb writer and a rare talent."

It's browser-based and free-to-play, with micropayment options on the table for players who want to unlock additional content, acquire new items or boost their status. Rather more interestingly, it's built on the Storynexus platform created by Failbetter Games, the team behind Fallen London. I don't know if I can fairly state that Fallen London is a cult hit but it's definitely an acquired taste; it also has rather serious cachet with a few folks I know and, if you're familiar with it, will give you a pretty good idea of what's in store in Black Crown.

Those who haven't sampled its delicious pleasures will probably find that the best approach to Black Crown is just dive in and take a swim. It's a bit dense and putting too much effort into trying to make sense of it will probably just lead to irritation, but if you roll with it and embrace the ambiance (and, perhaps, the pig) you might just find yourself drawn in. You can find out more about the game (and, of course, play it) at blackcrownproject.com.