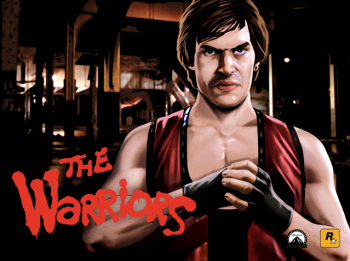 Rockstar Games' The Warriors, a title that dates all the way back to the PS2 and Xbox, is out now on the PSN store and, if you want a taste, it'll cost you $9.99. Fight your way through 1970s New York to the safety of Coney Island, your gang brothers by your side. If you're lucky, you'll convince everyone you didn't kill Gramercy Riffs boss Cyrus along the way.

This title is based on the cult classic movie of the same name; several actors reprise their movie roles in the game. You alternate between the nine main Warriors cast throughout this brawl-fest, at first playing through the history of the gang before the fatal meet with Cyrus, then trying to survive the movie-based escape scenes. You'll be taking on the likes of the Baseball Furies, Destroyers, Turnbull AC's, Lizzies, and all the other cranks and crazies that infest New York City at night.

This edition is based on the original PS2 version of Rockstar's beat-em-up. Why not come out to play?