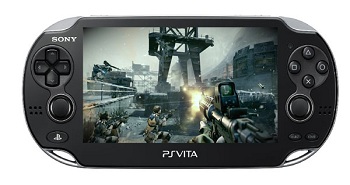 Sony has mandated that all upcoming PS4 games include Remote Play options.

Remote Play was one of the sadly underutilized features of the PSP. In theory it was brilliant; you could connect to your PS3 via Wi-Fi and then use your PSP to play games remotely. That said, it wasn't very well done. Outside of Factor 5's dragon-themed flop Lair, the feature wasn't compatible with many other PS3 games. PS2 games were also off limits, and though it could be used to play PSOne titles the eventual expansion of the PSOne classics library in the PlayStation Store made it increasingly redundant as time went on.

If Sony has its way, this won't be the case for the Vita. Sony has confirmed that it has issued a mandate to developers that all upcoming PS4 games must be compatible with the Vita's version of Remote Play. "It's true unless the game requires specific hardware like the [PlayStation 4 Eye]," said Sony Computer Entertainment Worldwide Studios boss, Shuhei Yoshida. "It will be great to play PS4 games on PS Vita."

The Vita's Remote Play can already be used with several PS3 games, but nothing as widespread as the mandate being currently being described. An all-encompassing compatibility with PS4 software could, in turn, serve as a significant boon to the Vita, which arguably struggles from a small library of worthwhile software. Buying both a PS4 and a Vita will likely be pricey, of course, but something tells us remote access to PS4 games might be enough to convince some gamers to give Sony's handheld a go.