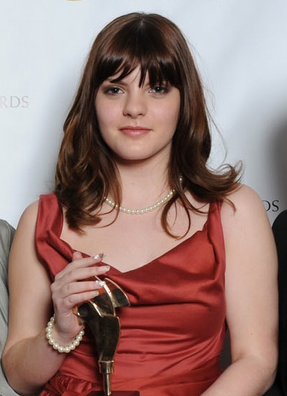 This job is a dream come true for BAFTA Award winner Sophia George.

London's Victoria and Albert Museum, built in 1852 with the goal of making art available to all, has appointed its first game designer in residence: BAFTA award winner Sophia George, of Swallowtail Games. "To be appointed as the first ever V&A Game Designer in Residence is a dream come true and an incredible recognition of everything I've worked so hard for," says George, "It's a huge challenge, but one I absolutely can't wait to get started on."

George, a 22 year old designer, is best known for her puzzle game Tick Tock Toys, in which your objective is to guide robot Tic Toc through a toy-strewn map. George will be working with the museum, conducting public events and coordinating visitor activities while at the same time researching a new game project. The ultimate goal is to produce a game based on the museum's collections, to be released in summer 2014.

"I think it's great that museums are beginning to recognize how important games are to our culture," says George, "I think a lot of people are going to be shocked to see games here, but I'd love to change their minds about how games are perceived!" Her webpage is worth a look, if you want to know more about George and her company, Swallowtail Games.