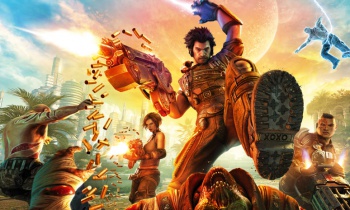 Taking a step back from its usual stance on charging for online functionality, megapublisher EA has reduced the cost of online passes for a number of its older titles to $0.

Publishers have long been seeking a way to ensure that they make a profit on every game sold, whether that sale be of a new title or if the game being purchased is a pre-owned copy. EA's solution has been to institute online passes for many of its games. If you buy an EA game new, you simply find the code within the game's packaging, punch it into your console of choice and you're able to play online. Buy it used however, and the code has most likely already been redeemed, forcing players to shell out an additional $10 for a new online pass.

At least, that was the case until recently. This morning it was discovered that EA has seemingly been removing this cost from a handful of its Xbox 360 titles. Take a look at a full list of the items that are suddenly gratis, courtesy NeoGAF user "Vert Boil:"

Alice: Madness Returns - American McGee's Alice (The first game in the Alice series, access it through the disc, was 800msp)

In short, if you were to visit the Xbox Live Arcade page for any of the above titles/DLC offerings, you'd find their retail price listed as "free." Why this is suddenly the case is a mystery. We've attempted to contact EA about the matter, but weren't even offered the usual "no comment." Instead, we actually received no comment from the firm, which is oddly stoic and only serves to make us even more curious as to why EA has seemingly had this sudden change of heart as far as online passes are concerned.

Of course, it's entirely possible that this is merely a mistake on someone's behalf. That would explain why it only applies to the Xbox 360 versions of these games, and why the list of titles has been seemingly cobbled together at random. Other than being published by EA, the above games have precious little in common, and no link to suggest why they might suddenly feature zero dollar price tags for online gameplay.

Hopefully EA will get back to us shortly (we'll update this piece with anything we hear), or failing that, explain its new stance publicly in short order. This is very uncharacteristic of the publisher, but if it signals a sea change in how EA handles online functionality we'll be the first to applaud the move.

Update: Massive thanks to reader FizzyIzze who points out a new (as in, "this didn't exist an hour ago") addition to EA's website, which explains the situation. Apparently EA is completely dropping the Online Pass initiative for both Xbox 360 and PlayStation 3 titles. You can find full details here.