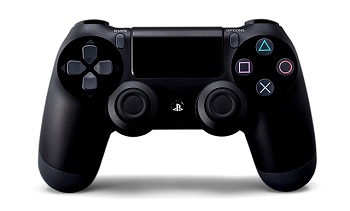 Sony CEO Kaz Hirai has affirmed the company's desire to keep the PS4 focused on videogames.

One of the many complaints filed against the Xbox One's reveal was the event's heavy focus on television. While some of the TV-centric features shown off were legitimately nifty, it was easy to get the impression that Microsoft was trying to somewhat distance itself from the idea of Xbox being synonymous with videogames. The name Xbox One itself was meant to brand the new console as an all-in-one entertainment machine that happens to play games too.

Sony, perhaps sensing some gamers' disappointment over this one-stop-shop strategy, has taken the opportunity to herald the PlayStation 4 as a gaming machine first and foremost. "The most important thing we need to make sure we do at least initially is that we all agree and understand that the PS4 is a great videogame console that appeals to video gamers. If we miss that part then I don't think we get the initial establishment of the console," said Sony CEO Kaz Hirai, speaking at the D11 Conference in California. "We take a look at this first and foremost as a game console."

While Hirai's comments can probably be taken as a jab at Microsoft, Sony's focus on selling the PS4 as a game console first could also originate from past experience. The PS3's early years were pretty rough, and while you could point to its initially high price point as the console's primary roadblock, Sony's attempts to market the PS3 as more of multimedia device than a game system, certainly didn't help. While Microsoft now seems content to trod down the path of "it does everything," Sony's already walked that way and didn't much like the view.