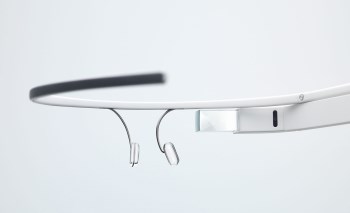 In response to privacy concerns, Google says that "at this time" it won't allow any apps for Google Glass that incorporate facial recognition.

Google Glass is pretty cool, at least in the sense that wildly nerdy techno-eyewear can be considered as such, but it's not without its detractors. Foremost among them are people who worry, not without reason, that the device will open up a host of privacy issues; bad enough that it's foreseeable in a not-too-distant future that they could be common among law enforcement agents who would have the ability to see and know all about you with a mere glance, but what happens when that power is available to anyone?

That's an oversimplification of a very complex matter that deserves far more debate than it will ever get on an internet forum, but Google is taking early steps to allay fears about such intrusions by officially putting the kibosh on facial recognition Glassware.

"We've been listening closely to you, and many have expressed both interest and concern around the possibilities of facial recognition in Glass," the company said in a statement. "As Google has said for several years, we won't add facial recognition features to our products without having strong privacy protections in place. With that in mind, we won't be approving any facial recognition Glassware at this time."

That's obviously not the end of the story: the "at this time" qualifier leaves the door open for Google to change its mind tomorrow, and given that facial recognition is one of the most obvious applications for this kind of device, I think it will inevitably become part of the package to some extent. Nonetheless, the decision to put on the brakes is almost certainly a net positive move from a PR standpoint, and the paranoid privacy nut in me is happy to see Google at least pretending to take the issue seriously too.