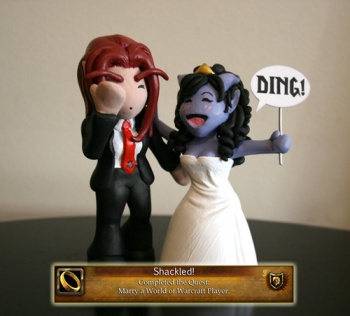 According to science, if you met your spouse online, you're more likely to have a satisfying marriage and less likely to divorce.

It wasn't so long ago that online dating was something popular culture frowned upon. Virtual dating services were the last resort for those who had exhausted all of their romantic prospects, and few expected you to find your soulmate online. But times have changed, according to a recent survey of American households. Based on a sample of 19,000 people, approximately one third of marriages since 2005 started out as online interactions. If that wasn't surprising enough, half of these relationships began on dating websites, few end in divorce, and most are considered more satisfying than real-world equivalents.

While this study was sponsored by eHarmony's dating service, its researchers have had the results published for peer review and validated by an outside statistician. Overall, the findings suggest that from 2005 to 2012, approximately one third of new spouses first met in an online capacity. Most of these respondents were from 30-50 years of age, 45% met on dating sites, 20% on social networks, and 10% in chat rooms. Conversely, partners who met in real-world settings were dispersed more evenly: 20% met at work, another 20% met through mutual friends, while schools and social gatherings accounted for 10% each. Overall divorce rates are pretty close, 6% from online meetings and 7.5% real-world, but marital satisfaction was ranked higher for online groups overall.

So what makes these virtual interactions so significant? According to the study's authors, it's suspected that online conversations make people more willing to share their personal details, both good and bad. Face-to-face communication actually makes it harder to divulge your innermost secrets to another person, not to mention evaluate prospective partners with any accuracy. Of course, that's not to say online dating is always the way to go either. Real-world meetings still make up two-thirds of the marriage results, with interactions at work, bars, or blind dates being the most conductive to success. Meanwhile, online chat rooms and gaming sessions actually have low success rates, making the likelihood of finding love during a World of Warcraft raid very rare indeed.