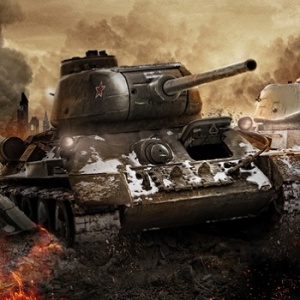 World of Tanks will be a free download title for the new, slim 360 console.

Xbox One may be Microsoft's new toy, but it's not giving up on its old one, and one of the titles available for the new, slim 360 will be the massive freemium armored behemoth title World of Tanks. It's one of the many new titles promised by Microsoft, and it will be free to download this summer. "We have delivered a global hit on the PC," boasts Wargaming.net's CEO Victor Kislyi, and now the Xbox Live 48 million member user base is its next target.

"When we thought about which console platform delivers the best World of Tanks experience," says Kislyi, "[the xbx 360] was the perfect match." The epic tank battle simulator depends, on PC, for microtransaction revenue, and presumably the same will apply to the 360 edition. Kislyi wasn't kidding about its PC success; this is that same title that claimed the most players ever on a single server, earlier this year.

Like tanks? Have an Xbox 360? Then this should be a good summer for you!