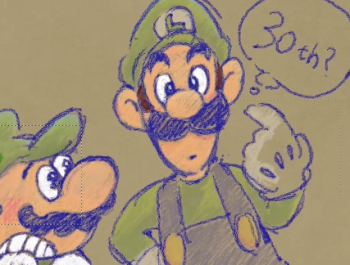 The actual game is delayed, but that doesn't mean nothing's going to get done with it.

Satoru Iwata has some good news and some bad news for Art Academy fans. The Wii U version of the game's delayed for a while, but Nintendo's noticed people have been making their Miis pretty - "incredibly high quality drawings," says Iwata, "our users are really invested!" - and figured it might as well do something with the Art Academy assets it isn't going to be using right away.

Nintendo decided to take some of Art Academy's tools and use them in a new drawing tool "and releasing it in advance as a special version just for Miiverse artists." The drawing tool will be available from the eShop this summer. "You will be able to use pencils, color pencils and pastels as you draw directly on the gamepad screen and post your creations to the Miiverse," says Iwata.

How pretty would you like your Mii? 'Cos it looks as though the sky could be the limit.