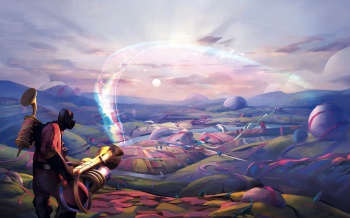 According to Valve, third-party TF2 designers were paid $250,000 for the Robotic Boogaloo update alone.

Team Fortress 2 was incredibly popular the moment it launched with The Orange Box, and custom content has only fueled that appeal. Valve's official design tools even allow players to create weapons, power-ups, or hats, and offer them to an eager and paying public. Fans knew that the system was successful, but what you may not have realized is that it's also profitable for creators. As of last weekend, Valve has paid out a combined $10 million dollars to anyone who submitted content through the Team Fortress 2 Workshop, most of which was likely designed in each creator's free time.

According to a Team Fortress 2 blog post, over 400 contributors and partners have received payments for their custom content. Of that figure, 60+ individuals received $250,000 for items featured in the Robotic Boogaloo update alone. If one were to break the numbers down individually, I'm sure none of these designers could retire to the Caribbean, but it's still impressive for a market that's barely two years old. While not mentioned in the post, Valve is probably earning even higher sums from its cut of in-game sales.

Not willing to rest on its money-filled laurels, Valve will be improving the item submission process even further. For example, all new creations will be automatically evaluated to ensure your masterpiece is game-ready upon submission. Players will also be able to view renders within the creation tool, and all submissions will be tagged with gold stars to show they've been vetted.

As a final bonus, Valve added that its next Team Fortress 2 update will consist entirely of gold star content, with no limit on the number of included items. It seems that now is the perfect time to create the digital hat of your dreams, and earn a profit in the process.