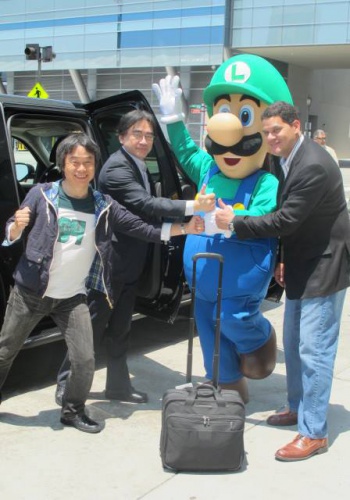 The big N's first free game "won't be a Mario or Pokemon title".

Nintendo seems content to play with the big boys this generation. So far, it has cleaned up its dismal online service, brought its console in to High Definition, and courted several third-party devs for big-name cross-platform releases. Now, it looks like it wants to grab a slice of the lucrative "free-to-play" pie, announcing plans to release a free-to-play title before the end of this fiscal year.

"For this fiscal year, in order to expand our digital business, we are planning to offer new types of content," Satoru Iwata, CEO of Nintendo, shared during a meeting with analysts at this year's E3 event. "We will release titles such as 'New Super Luigi U,' which is brand-new add-on content updating more than 80 courses from 'New Super Mario Bros. U,' and the first free-to-play software from Nintendo."

This fiscal year runs until March, 2014. Nintendo did not specifically say which platform the free-to-play title will launch on, and the only real details they offered about it was that it "won't be a Mario or Pokemon title, claims industry analyst David Gibson, who was present at the event. He did, however, say that the F2P title was announced while Iwata was talking about Wii U games.

Another strategy Iwata outlined at the analyst meeting was a plan to turn Wi-Fi access points in thousands of locations across America and Europe into "Street Pass Stations," which should help boost the features usage outside of Japan (where I usually get ten Street Passes just going to the grocery store).