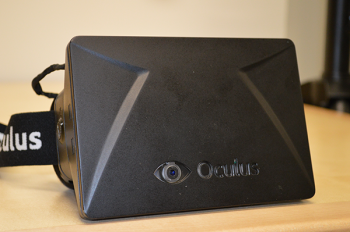 But when asked whether Sony would offer Oculus Rift support, he offered only "no comment."

The VR headgear Oculus Rift has another, high profile fan: Sony's Shuhei Yoshida. "We've got a couple of the development kits, and I tried it out and I love it," he said at an E3 interview, but he went on to say that the PS4 doesn't support Oculus Rift yet, and offered up only a "no comment" when asked if Sony intended to support it in the future. A no comment with a smile, mind you, but a no comment nonetheless.

The Oculus Rift has had plenty of attention since its wildly successful 2012 Kickstarter. Heavy demand saw the developers delay release of its development kits, and since then there's been video after video showing off what the Rift could potentially do. If Yoshida's a fan, that makes it much more likely that the PS4 will eventually offer Rift support, and if that happens, it would be a huge boost for an already popular - if as yet unreleased on the market - device.

We'll just have to wait and see.