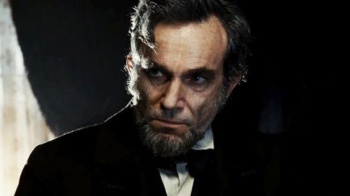 "The second you get the controller something turns off in the heart," Steven Spielberg said, "and it becomes a sport." He was speaking at a Creative Arts panel at USC School of Performing Arts, where he and George Lucas were talking about the future of the movies - "there's eventually going to be a big meltdown," says Spielberg - and also the future of games, in which motion controls and empathetic story elements would become paramount. Neither of them felt that games had really been able to create the same empathy with characters that the movies historically have done - the turning off in the heart that starts when you pick up a controller - and both wanted to see a time when the controller was out of the picture, one way or the other.

"The big game of the next five years will be a game where you empathize very strongly with the characters and it's aimed at women and girls," said Lucas, "That will be a huge hit and as a result that will be the Titanic of the game industry." Gaming has, to date, been driven by the hard-core audience that enjoys onscreen violence, according to Lucas, and that is what prevents truly empathetic characters from thriving. Lucas hopes to eventually see a game which features "actual relationships instead of shooting people." Good to know that the future is now, as Clementine fans might say, or those who had a whale of a time with Journey.

Spielberg hopes for the day when the controller and screen are extinct, and everything is controlled by Kinect-like devices, a hope that might have been shaped - at least in part - by his recent alliance with Microsoft, which is now heavily reliant on Kinect for the success of its Xbox One. "We're never going to be totally immersive as long as we're looking at a square," he said, "whether it's a movie screen or whether it's a computer screen. We've got to get rid of that and we've got to put the player inside the experience, where no matter where you look you're surrounded by a three-dimensional experience."

Lucas meanwhile prays for a time when a chip, inserted in your brain, allows you to download your dreams and play them like a game. "We'll be able to do the dream thing 10, 15 years from now," says he. "It's not some pie-in-the-sky thing."