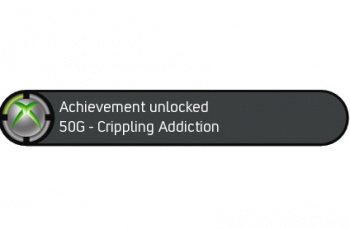 Microsoft's overhauled Achievements and Challenges systems will, at long last, give you the motivation you need to play videogames.

The Xbox One is bringing more than a few changes to Microsoft's console gaming environment, but some things never change. Well, they don't change as much, anyway: Achievements are sticking around, and your Gamerscore will carry over to the new console. There has been a bit of an overhaul to the system, though: Achievements on the Xbox One will offer digital rewards like unlockable art and game content, and a new system called Challenges will promote timed events for the entire Xbox community to take part in.

Challenges task every Xbox One player with a collective goal to chip away towards, and reward all those who participate. Cierra McDonald, program manager of the Achievements service, details a hypothetical Challenge: "Imagine, for example, a game releases a headshot weekend challenge that requires players to cumulatively headshot one million baddies in a three day period," she says. "And every person who participates and meets the challenge's goals gets the unlock on his or her achievement history and reap its reward."

On the Achievements front, you can indeed earn Achievements from watching TV or listening to music on your Xbox, but these won't boost your Gamerscore - that's just for games. They will, however, be able to reward diligent couch potatoes with rewards like "sneak peek content, early access, or subscription extensions."

Most games already unlock new content when you complete the actions that earn Achievements anyway, but the real point of interest here is the Challenges system. Although Challenges can't earn you Gamerscore points, the unlockable rewards will almost certainly convince lots of gamers to participate, and that presents a great opportunity to breathe new life into older games when the multiplayer servers start getting lonely.