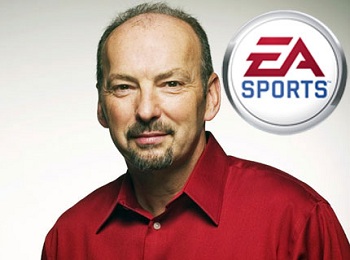 You might say that Sony came out of this year's E3 doing well. Whereas Microsoft's presentation of the Xbox One did little to remove the doubts and disappointments of gamers, Sony's announcement of a restriction free PS4 with a $399 price tag led to literal cheers from the assembled audience. Microsoft left the ring battered, while Sony and the PlayStation brand came out looking arguably better than it had in years.

For some in the game industry, Sony came out looking too good and fear, in turn, that an overly dominant PS4 could be bad for gaming. "The idea of two incredibly powerful and talented companies like Sony and Microsoft ... for them not to be in the boxing ring with each other slugging it out while the rest of us benefit, it's going to be bad. We can't be an industry that is simply dominated by one particular manufacturer," said Peter Moore, CEO of Electronic Arts. According to Moore, strong competition is necessary to keep the industry and market healthy. "It keeps them focused. They have to outdo each other. The amount of investment they make in our industry important."

On the one hand, you could say that Moore has a point. Competition is a keystone of most industries and videogames are no different. It's hard to think of where we'd be today if there hadn't been a Genesis to push the SNES or an Xbox 360 to fight the PS3. That said, it's kind of hard to root for a balance when one of the two combatants keeps shooting themselves in the foot.