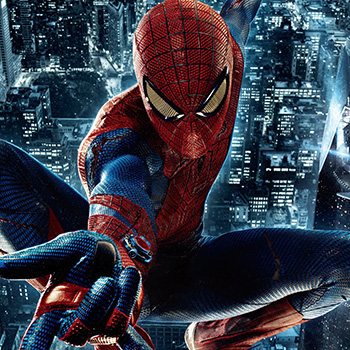 The Amazing Spider-Man 2 has yet to hit theaters, yet Sony Pictures already knows when its next two sequels will make their debut.

According to Sony's largely information-devoid press release, The Amazing Spider-Man 3 will hit theaters on June 10, 2016. Its sequel will follow on May 4, 2018. No plot details or production information is offered for either film.

Those are pretty ambitious plans, given that we've only seen one film with Andrew Garfield playing Peter Parker, but Sony is very keen on this franchise. It doesn't have an intellectual property vault to match Marvel Studios, but since Sony Pictures was fortunate enough to pick up the Spider-Man license prior to superhero movies becoming a massively lucrative concept, you shouldn't be surprised to see the firm milk this cash cow until its teats are raw and bleeding.

Or, as Jeff Blake, Chairman of Worldwide Marketing and Distribution at Sony Pictures, puts it, "Spider-Man is our most important, most successful, and most beloved franchise, so we're thrilled that we are in a position to lock in these prime release dates over the next five years."

We've run out of concrete facts, so that means it's speculation time. If Sony won't tell us what these films will be about, then we'll just make things up. We know that The Amazing Spider-Man 2 features Jaime Foxx as Electro and Paul Giamatti as The Rhino, so there are two villains out of the running. Likewise, we can probably remove The Lizard as a threat, since he was the antagonist in the first Amazing Spider-Man flick. Who does this leave us with for potential foes?

If Sony sticks with the classic rogue's gallery trend, I'd have to expect The Vulture, The Scorpion, or Doctor Octopus to feature in one of these upcoming films, but there's always the chance that Sony might decide to give Venom another shot. It wasn't that character's fault that Sam Raimi's third Spider-Man film was an overlong chore, and there are many, many fans of the toothy symbiote.

Alternately, Sony could do something completely unexpected and create a film about that one time that Aunt May became a Herald of Galactus. They won't, but who doesn't want to see that in big-budget CGI form?

12 Actors Who Could Play the Sinister Six Firefilm 7 Comments