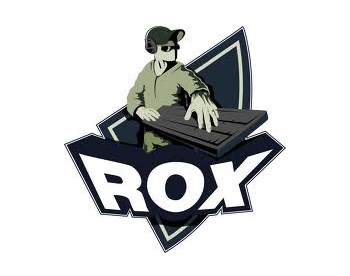 Several of his RoX.KIS teammates were also given lengthy bans following a "suspiciously horrible performance" in a DOTA 2 Star Series match.

Alexey "Solo" Berezin has been given the heave-ho from Star Series league play following a match between his team, RoX.KIS, and zRage, which RoX.KIS lost in an uncharacteristically bad fashion. That led StarLadder TV to do some digging, resulting in the discovery that Berezin had put $100 on the opposing team at egamingbets.com that earned him $322 for losing.

The match had no impact on the season but betting against yourself and then throwing a game isn't just ethically wrong, it's obviously against the rules, too. So seriously against the rules, in fact, that Berezin has been permanently banned from Star Series play, while teammates Andrey "Dread" Golubev, Stanislav "BzzIsPerfect" Glushan and Vladimir "Yol" Basov have all been slapped with three-year bans. A fifth member of the team, Ivan "Vanskor" Skorokhod, was found not to be actively involved in the scam but because it was so systemic, the entire RoX.KIS organization has been suspended for one year as well.

In its defense, RoX.KIS issued a statement saying that the evidence against its players is "very uncertain," and that while a cash-out from the betting site to Berezin's Webmoney account was made, that can be done using nothing but his publicly available ID. It also claimed that because RoX.KIS had no chance of making it to the finals anyway, this match was just a formality and its players were only going through the motions, which is why they were hammered so badly.

"[Berezin] and Rox team do not agree with these accusations and we continue to ask for a full investigation of this incident (with the help from StarLadder judges, players and managers of Rox, and egamingbets)," the team said. "We look forward to understanding of this among our fans, and please do not make sudden conclusions."

Being Russian, I suppose it's possible that the guys on RoX.KIS have never heard of Pete Rose and thus did not have the opportunity to learn his sad lesson. But Charlie Hustle never bet against his own guys (so he says), which is a pretty big distinction - and while getting kicked from a DOTA 2 league isn't quite as big a blow as being permanently ineligible for the Major League Baseball Hall of Fame, it's still a pretty crappy way to go out.