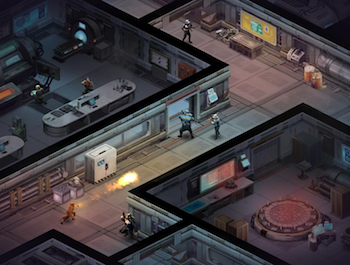 Shadowrun Returns has been pushed back again, but just for a few weeks this time - and it will include a nice bonus when it arrives.

Shadowrun Returns, Harebrained Schemes' reboot of the classic RPG franchise, has suffered another delay, albeit only a brief one: Instead of coming out this month as planned, it will be turned loose on July 25, just a little more than a month from now. The upside to the delay is that the editor will ship with all the files used in the game's single-player campaign.

"The idea of releasing all of the editor files for the Shadowrun Returns campaign was based on my experience working with Trent Reznor on the Alternate Reality Game (ARG) for his album Year Zero. Trent empowered his fans to re-mix his music anyway they wished by releasing the GarageBand tracks with the album," Harebrained Schemes boss Jordan Weisman said. "With Shadowrun Returns we are doing the same thing, players can start from what we have created and build on it, revise it, or use it as a starting point for completely new stories. I believe we are the first to release an editable version of an entire campaign, and we are excited to see where the players take this universe."

Shadowrun Returns raised over $1.8 million on Kickstarter last year and is now available for preorder (at a ten percent discount) on Steam. Versions of the game are also being developed for iOS and Android tablets.