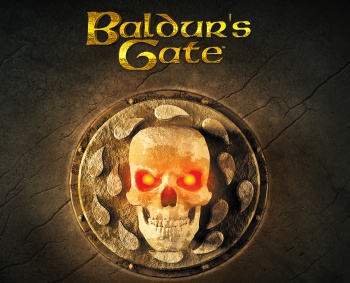 Baldur's Gate: Enhanced Edition is, or at least, was, a loving tune-up of BioWare's groundbreaking RPG, with visual enhancements, bug fixes and new content from developer Overhaul Games. It was available for both PC and iOS platforms, with an Android version in the pipe. Unfortunately, it looks like Overhaul has fallen into some legal troubles, resulting in the game being pulled from both its PC and Apple stores, and progress on the Android version as well as the upcoming Baldur's Gate II: Enhanced Edition halted.

We recently removed Baldur's Gate: Enhanced Edition from sale on Beamdog and the Apple App Store. We've taken this step at our publishing partner's request as we attempt to resolve a number of contractual issues.

This also prevents the launch of Baldur's Gate II: Enhanced Edition. I sincerely apologize to the series' fans and promise we are working diligently to remedy the situation.

If you have already purchased the game on either of the stores, you will still be able download and play it. Oster is unable to divulge further details on the legal situation, but states that Overhaul is extremely unhappy with the situation and is doing its best to work past it.

He is unable to offer an ETA on when (or if) Baldur's Gate: Enhanced Edition will go back on sale.