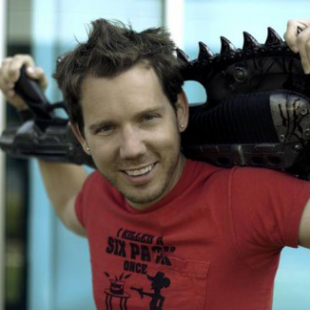 Cliff Bleszinski believes "something's got to change" in the way games are sold.

While many applauded Sony and the PlayStation 4 for its affirmation of support for used games and established consumer practices, not everyone praised the move. Cliff "CliffyB" Bleszinski, the creator of Gears of War, came out strongly against Sony and the PS4, warning gamers that they were being "played" and affirming his belief that the changes the Xbox One would bring to used games might be a necessity for AAA titles to survive.

Now, with Microsoft reversing its used games and always online polices for the Xbox One, Bleszinski has again expressed his opinion on matters in a (long) post on his blog. While offering few kind words for the "internet pitchfork mob who can only see 6 inches in front of their face," he isn't without criticism for Microsoft. "Microsoft tried to and ultimately couldn't have it both ways," said Bleszinski. "You can't still have discs and then expect everyone to embrace digital. And, fundamentally, if you take something away that a consumer has been used to without some seriously smooth handling they're naturally going to get upset." He also "admits" that the Xbox One's once a day online check-ins were a bad idea. "Customers can smell from a mile away when you're treating them like children, peeking your head into their bedroom on a regular basis in an attempt to catch them doing something."

Despite this, Bleszinski still believes that current practices in the used game market are a problem. "When I see studio after studio closing and the aforementioned alluded titles failing I know something's got to change." The changes Bleszinski sees happening lie largely in the realm of digital sales. "So here's what's going to happen now that Microsoft has largely matched Sony's (well played) move at E3," said Bleszinski. "The shift to digital is still going to happen (FOR BOTH) but it's going to be slow and subtle. Suddenly more DLC will be made available. More microstransactions will appear. And Day One Digital will (hopefully) be cheaper and will have so many added bells and whistles that consumers (with reliable enough bandwidth) will have a hard time refusing the tasty downloadable edition over the disc based one." Considering the increasing prominence of digital game sales, this is a case where Bleszinski may be right.