L.A. Noire's Team Bondi gets funding for its new crime-drama, Whore of the Orient. 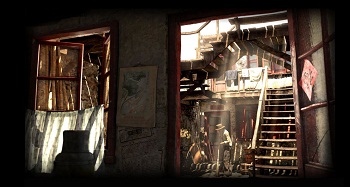 Shortly after launching the critically acclaimed crime adventure L.A. Noire, developers Team Bondi succumbed to the game's tumultuous seven-year development cycle and shut down. However, Australian production firm KMM quickly snapped them up and set them back to work. Back in 2011, they announced their next game, entitled Whore of the Orient, but since then have been silent, except for the occasional layoff. After months of uncertainty, the team has secured $200k in funds from the Australian government to get it back on track.

Last August, Team Bondi revealed a bit more about its upcoming game and the odd title. Set in a 1936 Shanghai, the "Paris of the East", turmoil erupts as China deals with Western influences and new new political forces, while police try to keep the peace. While no details have been released on the actual gameplay, the single screenshot hints at a similarly gritty tone to the studio's previous works.

Whore of the Orient is being published by Warner Bros. Interactive and will launch on PCs and next-generation consoles. No release date has been announced.