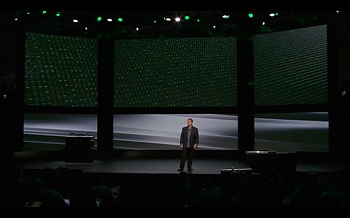 While a lot of gamers' subsequent interest in the Xbox One was focused on the console's now reversed DRM policies. Microsoft did manage to impress some when it announced that the Xbox One would have access to more than 300,000 cloud servers that would be available to power Xbox Live, and, according to Microsoft, give developers more processing power expand on the scope and scale of games both single and multiplayer. Some have expressed skepticism about Microsoft's claims. That said, Microsoft looks ready to literally put its money where its mouth is when it comes to its investment in cloud resources for the Xbox One.

Recently, it was revealed that Microsoft will be investing a whopping $700 million in a new data center located in Des Moines, Iowa. According to a statement from Microsoft's Christian Belady, "The expansion supports the growing demand for Microsoft's cloud services." It was also confirmed that the Iowa project will support Xbox Live and other Microsoft products like Office 365.

Even if some doubt that Microsoft truly has the capability to deliver on the promise of 300,000 servers that deepen the integration of cloud computation in game development, its considerable investment in related infrastructure suggests some level of sincerity. In the least, it somewhat exceeds Sony's $360 million purchase of Gakai, a cloud gaming service that will assumedly have a role in the PS4's own cloud-based services.