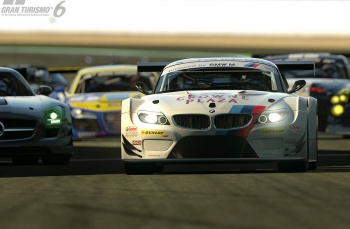 Itching to play Sony's latest, meticulously detailed racing simulation? Give it a week.

It was only yesterday that we reported on the newly-announced pre-order bonuses available for the upcoming Gran Turismo 6. Now Sony's back with even more news: The official Gran Turismo 6 demo will arrive on Tuesday, July 2.

While Sony's not yet said what we can expect to find in the demo, the company does point out that the trial version of Gran Turismo 6 will only be available for a limited time. According to the publisher, the demo will vanish from the PlayStation Store come August 31.

As with the demo released for Gran Turismo 5, the GT6 trial isn't merely a chance to play the game early. It's also an opportunity to earn special in-game rewards and possibly a trip to a legitimate driving school, the aptly-named GT Academy. To wit:

The demo is structured as a GT Academy-style driver training concept where you progressively learn the skills required to push very expensive track monsters at full speed round impossible apexes. The course where the action takes place is Silverstone, the spiritual home of GT Academy (and one of the brand new confirmed GT6 track locations in GT6).

In GT Academy regions, once you've cleared the earlier rounds you will then have your shot to post your time to the leaderboard and see if you have got what it takes to progress to the next stage.

Regardless of whether you are in one of the GT Academy eligible countries or not, once you have proved your skills and made the grade through the initial rounds you will unlock special bonus content.

To reiterate, the demo arrives in a week, gives you a chance to play Gran Turismo 6 early, and could possibly be your ticket to driving really expensive sports cars in meatspace reality. It's a win-win for everyone (with the possible exception of those who don't own PlayStation 3s).