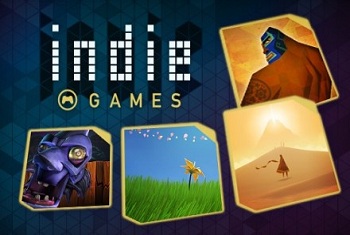 Vita owners can now browse through a handheld edition of the PlayStation Store's Indie Games category.

"We're happy to announce that the [Indie Games] category is now available on PS Vita," said Don Mesa, director of product planning and platform software innovation for SCEA. "This will help PS Vita owners discover the latest indie games, and as you can see in the video above, there are a wide variety of games available today as well as many that will hit the store soon." According to Sony the Indie Games section on Vita will contain a total of fifty-three games at launch and claims that there are more than fifty more currently in development for the platform. "We're proud to support indie development, and our unrestrictive policies make it easier than ever for developers to launch games on PS Vita."

Whereas some of Microsoft's recent practices have led to indie developers moving away from Xbox branded hardware, Sony's has arguably made its commitment to indie titles one of the central tenets of its strategy going forward. At E3, for instance, Sony took time during its press conference to highlight independent games that would be joining the PlayStation family, including some that would be debuting on the PS4.