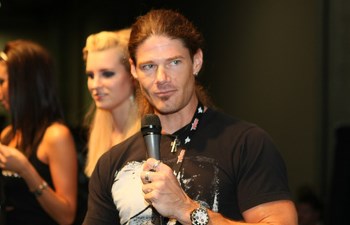 After 17 years, id Software President Todd Hollenshead has decided to move on to other things.

Todd Hollenshead has been with id Software for an awfully long time, with credits going all the way back to the original Quake. He was CEO of the company for 13 years and then became president when it was acquired by ZeniMax Media, more popularly known as Bethesda. But Bethesda has now confirmed that Hollenshead is no longer with the famed shooter studio.

"After many years with the studio, Todd Hollenshead decided to leave id Software to pursue other personal interests," Pete Hines of Bethesda told IGN. "While Todd was not part of the development teams, he was an integral part of id Software's success as the business head of the studio and we wish him the very best in his future endeavors."

Why Hollenshead left or what he'll get up to next isn't yet know, but id has been having a bit of a rough time of it lately. A sequel to Rage was reportedly canceled in April so the studio could focus on the development of Doom 4, which Hines said at the time "did not exhibit the quality and excitement that id and Bethesda intend to deliver and that Doom fans worldwide expect."