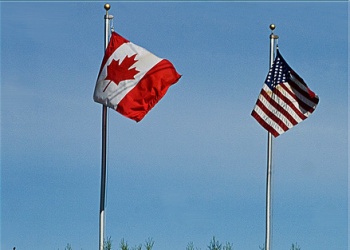 Creative types in the Great White North will finally be able to crowdfund their work within the next few months.

Ready your indie games, self-published books, and anything else you need crowd-funded, Canada: Kickstarter is coming your way this summer. Kickstarter announced the news on its website earlier today, with absolutely no additional details, other than the vague time frame.

Though it's been available to creators in the United States since 2009, Kickstarter only went global last fall, when it launched in the United Kingdom. Those are the only places in the world where Kickstarters can, uh, start, which will change with the service's forthcoming Canadian expansion. The service has gotten a lot of attention from the gaming industry, where it has been used to fund games, consoles, and virtual reality headsets, just to name a few.

There's no official date for the launch of Kickstarter Canada, but since it's already summer, the wait can't be long now. In the meantime, get psyched about the creative projects our friends up north will be able to complete with Kickstarter's help. Half of the first year's projects will be likely be statues of Wayne Gretzky, while the other half will be efforts to get those torn down.