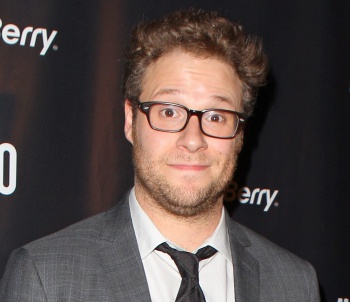 The Uncharted film adaptation is still in the works, but comedian Seth Rogen will not be writing the script.

It's been years since it was first revealed that Sony's flagship PlayStation 3 series Uncharted would be heading to Hollywood to receive the silver screen treatment. At one point Silver Linings Playbook director David O. Russell was attached to helm the film, but those plans were scuttled in 2011 when Russell left the project after citing creative differences with Sony.

Since that time the Japanese tech giant and Uncharted developer Naughty Dog have apparently been pestering comedian/actor/latter day pot icon Seth Rogen and frequent collaborator Even Goldberg to write the film. To date, the duo has flatly refused.

"They're constantly asking me and Evan to make the Uncharted movie," Rogen told IGN in a recent interview centering on Rogen's latest film This Is The End.

"For, like, four years now they've been like, 'make an Uncharted movie for us,'" Goldberg adds. "But it's just going to be Indiana Jones!"

While we're now morbidly curious to see what Rogen and Goldberg might do with the Uncharted property, they do raise a very good point: Any Uncharted film would almost have to be an Indiana Jones retread. After all, the main character is very clearly modeled after Harrison Ford's famous archaeologist (functionally, if not aesthetically), and the franchise has long lifted ideas from the Indiana Jones film series. There's only so many ways to portray a well-educated, attractive, scruffy white guy swiping cultural artifacts in gorgeous, exotic locations.

Uncharted lead Nathan Drake does not wear a fedora though, so there is at least one point of divergence between the two media properties.

Consider this news to be a bit of trivia. It's interesting that Rogen and Goldberg would be approached about this film, but since they turned it down we're no closer to seeing Uncharted in theaters. The film currently lacks any reasonable release date estimate, and as far as anyone knows the cast and crew have yet to be nailed down, so expect the wait for this flick to be pretty extensive. We'll bring you more just as soon as anything of note surrounding this film bubbles to the surface.