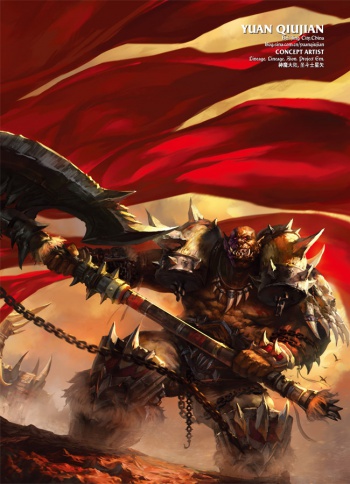 The boss of new MMO Firefall thinks that World of Warcraft made MMOs "too accessible."

"Sometimes I look at WoW and think 'what have we done?' I think I know. I think we killed a genre." Former World of Warcraft developer and CEO of Red 5 Studios Mark Kern believes that WoW, and its countless clones, have killed the MMO genre by making MMOs too accessible to a casual audience. In particular, the ease in leveling through the main game and the race to the mythical "endgame" has made it increasingly difficult for new developers to create rich worlds. "And it worked. Players came in droves, millions of them. But at what cost?"

"Gear from the new expansions' first quests made raid gear from previous expansions a joke. And the level curve became faster and faster until we reached a point where everyone is just in a race to get to max level, and damn everything else in between. Why care about level 20 gear when you would blow by levels so fast it was obsolete before you even logged off for the night?"

"When the bar is lowered so that everyone can reach max level quickly, it makes getting to max level the only sense of accomplishment in the game," he said, "We lose the whole journey in between, a journey that is supposed to feel fun and rewarding on its own. Nobody stops to admire a beautiful zone or listen to story or lore, because there is no time to do so." Kern says that in World of Warcraft style MMOs, players are fed quests "by a firehose" that are so trivial, and offer such obvious gear upgrades, that players are never in one place long enough to appreciate the world around them.

Kern says that this leads to fatigue from both players and developers, which is causing the genre to stagnate. Players don't want to play another "WoW clone" but developers are afraid of deviating from the formula that WoW has ironically made players interested in the MMO genre in the first place.

Firefall, the new sci-fi MMO/FPS from Red 5, goes into open beta on July 9, and Kern promises that the team is focusing on the "journey" instead of end game.