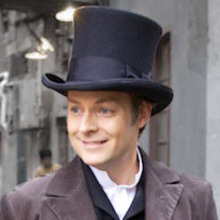 McGee may seek additional funding from publishers for his Ozombies Kickstarter project.

"Apparently, in view of what's happening with Double Fine, my honest suggestion that Spicy Horse might seek additional funding above and beyond what's raised on Kickstarter, is a bad thing," says the game developer with the most patriotic name, American McGee. He is speaking of his own Kickstarter project: Ozombie, and he is issuing a "News Flash" to people who think games with a scope as big as Ozombie and Broken Age can be completed with a "mere" 1 million dollars in Kickstarter funds.

"Just want to say to all the press, public and others who are gnashing their fangs at Kickstarter, Double Fine and anyone they think look "fishy," you can't have it both ways. You can't complain about big publishers and their bad business models, then when an indie developer lays bare their business model and struggles, crucify them for taking risks and being honest. In both cases the hyperbole is through the roof and completely unproductive."

McGee just wants us all to just chill out. He says that fans get angry of pretty much every business practice ever, no matter the actual merit or detriment of it. "Why are we so bent on finding enemies and destroying them? What's happened to civility and constructive debate? Could it be true... all this video-game playing HAS had a significant psychological impact on us all?"

He stresses that developers are just people trying to make a living, and "Publishers aren't the spawn of Satan." He says that the games we play cost huge amounts of money to create and market, and the balancing act of game development is incredibly complex. "Simply put, this shit is hard."