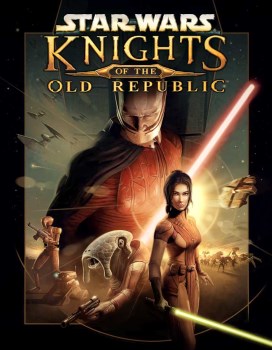 The MMO Star Wars: The Old Republic will be doing a few special things to mark the tenth anniversary of the game that inspired it.

Long before Star Wars: The Old Republic helped put John Riccitiello out of a job, BioWare introduced gamers to the setting with Knights of the Old Republic, a single-player RPG set 4000 years prior to the events of the original Star Wars trilogy, and which also happens to be one of the finest Star Wars games ever released. It came out on July 15, 2003, which means that its tenth anniversary - always a big one - is less than two weeks away.

In what I think is a pretty classy move, EA announced today that Star Wars: The Old Republic will be doing a few things to mark KOTOR's big one-oh. There will be a blog post from BioWare Creative Director and Knights of the Old Republic designer James Ohlen, who will talk about the game and how it influenced the development of SWTOR; a new title, "Revan's Heir," available through the Cartel Store for just 24 hours for what is apparently a low price of ten Cartel Coins; and Cartel Coin giveaways throughout the day on the SWTOR Facebook page.