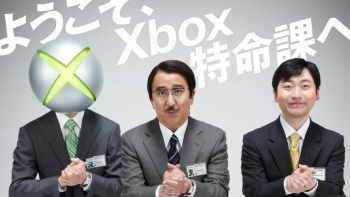 Microsoft has dubbed Japan a "Tier 2" country as it won't see the Xbox One until 2014 at the earliest.

Yasuyuki Higuchi, president of Microsoft Japan, was grilled about the company's plans for the region in a press briefing earlier this week. He explained that Japan is a "Tier 2" country and will therefore get the Xbox One later than "Tier 1" regions such as the US and Europe. The key reasoning behind this delay is that the company is having trouble trying to adapt the Xbox One, which is very clearly designed for a western lifestyle, to Japanese markets.

When pressed, Higuchi stated that the console would not see release in Japan in 2013, "but it will not be delayed very much behind the US," suggesting an early 2014 release.

Microsoft's entire spiel with the Xbox One was having a console designed around "the living room," being a central device that you can play games on, and much more importantly, watch TV and sports. The problem with this in Japan is that the entire concept of "the living room" is a much less important idea for Japanese families. Many people in Japan live at home until marriage, and spiraling wedlock rates mean that many do not get a living room of their own until they are much older.

Furthermore, the majority of Xbox 360 gamers in Japan were really hardcore gamers, and they are more likely to have their console in their bedroom than the living room anyway.

"More than that, in Japan it is the case that gamers are stepping away from their consoles and using tablets and smartphones to play games instead," said Higuchi. "It will be difficult to expand the volume of consoles in the living room."

Despite this doom and gloom, Microsoft has actually been confirmed to appear at this year's Tokyo Game Show, despite sitting out 2012's event.

Haruaki Kayama, head of Microsoft Japan's Consumer & Partner Group, asked reporters to please not "write too negatively" about this press briefing, so i'll end my report with a happy face :)