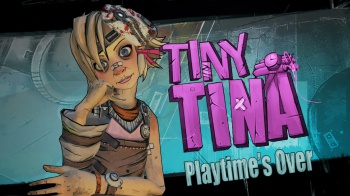 Randy Pitchford, CEO and president of Gearbox Software, spoke about his company's plans for the future in the latest episode of the Nerdist podcast. Specifically, new DLC for the wildly successful Borderlands 2, and the not-so-successful Aliens: Colonial Marines is inbound, and the company is working on a brand new IP that will be released on next-gen consoles.

He doesn't get too much into the specifics of the new IP, except that Gearbox will be officially announcing it "sometime later," and it will be something completely different from its previous games.

Pitchford also talked about the process of making videogames, and where he gets some of his ideas from, including some interesting anecdotes about how Gearbox first got started. He offers his thoughts on the next generation consoles, specifically how much the PS4 has impressed him so far.