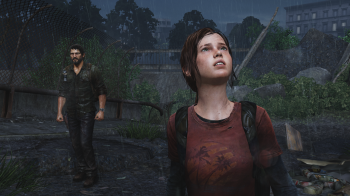 Over 3.4 million copies of The Last of Us have been sold since it's debut three weeks ago.

Did you buy The Last of Us? If you did, you are among the 3.4 million fans who snapped up Naughty Dog's latest adventure in the first three weeks of its release. This means that the game is selling at an absolutely ludicrous rate of 1 million units per week, making it the fastest selling PS3 title of 2013.

"The teams at Naughty Dog are true visionaries and their storytelling capabilities are second to none, this title is an undisputed demonstration of that. SCE continues to be committed to delivering unique gameplay experiences that redefine the interactive entertainment industry and The Last of Us is a perfect example."

"These sales figures are a testament to the blockbuster quality of The Last of Us," said Shuhei Yoshida, President of Sony Computer Entertainment Worldwide Studios. Indeed, The Last of Us has been getting perfect and near-perfect reviews all over the place, and is currently sitting on a very respectible 95/100 on Metacritic.

With the PS4 right around the corner, The Last of Us is probably set to be the last, great game of the current console generation, and it's phenomenal success is a testament to the risk Naughty Dog was willing to take on an original IP so late into this generation.

Three content packs in a Season Pass are set to be released for the game, consisting of 1 piece of story content and 2 pieces of multiplayer content. Hopefully, we haven't seen the last of The Last of Us, and can hope for a follow-up in the next generation!